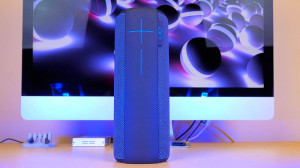 As the smartphone trend skyrockets, so do the accessories. When it comes to sound quality for music and video, consumers have always been in the market for the best and most portable. Here are three newly released speakers that may dominate the market soon:

Bose is an audio equipment pillar that has been around since the ‘60s.  They have created a wide array of equipment from car speakers to professional sound equipment and has been well known for their high-class equipment. The manufacturer has launched their Soundlink line that plays audio transmitted from a wireless connection either a smartphone, tablet or computer.

Recently, Bose has released the third generation Bose Soundlink III. It measures 1.9 by 10.1 by 5.2 inches, which follows the size of its predecessors. It has that retro feel and a timeless quality with its identity. All though this device is not IP-X rated, you do have the option to get the cover that comes in multiple colors that may work well in the pool area.

It has outdone its older brothers with a new algorithm and improved electronics that give it a louder sound, longer battery life which can last for 14 hours but does not have a USB-C port. This $300 speaker may not be as portable, but it does have top quality sound.

Bose is a well-known audio brand even before the PC became a commodity item. Well-known as a hi-fi brand, Bose has been making a top of the line speaker for a long time. Only recently has Bose been trying to use its reputation and engineering savvy in the small portable speaker market.

To unsuspecting consumers, the X33 looks the same as its older brother the X3, but if you look closely, you will notice that the X3 is slightly taller and the X33 weighs a little more. Besides the external look and feel, the X3 and X33 do still share a lot of similarities.

In the age where the phones get bigger and bigger, and the accessories are getting smaller and smaller, an impression of smaller might not be better is starting to form. That is not quite true with the Sony SRS-X33, as it is very small for its class. Compared to the X3 there is a noticeable smoothness with a little bit more bass, but the battery life is also just slightly better.

You will notice that after a short period, you will hear the bass pull back to ensure a balance between quality and power. It may not be the best out there, but it is a big improvement from the X3, and it has such great sound for the $180.

Sony is another respected brand in consumer electronics. They have a big stake in smartphones and cameras as well. With their electronics experience, it was a natural fit for them to go into the Bluetooth speaker segment.

This is the next boom (hopefully) after the original UE Boom. This new speaker from UE have some likeness with the first one, but it successfully outdoes the original with its sound quality and battery life, and now, its new waterproof body. The original Boom had already been water resistant, but the Megaboom has taken it a notch higher with an IPX7 certification for waterproofed devices.

It has an NFC chip that makes connectivity that makes pairing seamless. With a simple tap on your NFC-enabled phone while holding down the + and – button gets you connected quickly without the use of your connectivity menu. It is slightly bigger than the Boom, but it has retained the same cylindrical body to give you that familiar 360 top sound quality.

The old model already has impressive battery life, but this new one has outstanding 22 hours of playback with only 2.5 hours of charging. It is not only better than the previous, but it doubled the Boom’s battery life of 11 hours. The Megaboom has so many functionalities and customizable features with the app. Despite the mega weight, this is the best portable speaker with a $300 price.

If you are not familiar with the UE brand, you might like to hear that this is brand owned by Logitech. Logitech has a long history of creating computer accessories and peripherals. Besides marketing under their name, they also make OEM products for other bigger name computer manufacturers. This is not the first time that Logitech has created speakers. However, the UE brand of speakers is trying to make a name for itself separate from Logitech.

Bluetooth speakers for mobile devices have become an industry of its own. The sizes range very much from small portable devices smaller than a fist to larger boom boxes. The range of prices also reflect the choices in the market. There are Bluetooth speakers available for less than $30. However, when it comes to quality, well-known brands hog the market.

The above three models already have well-respected earlier models. The aim of the current iteration is to maintain their quality and presence in the market. The Bluetooth wireless speaker market for cell phones is much like the mobile device market it supports. Improved products have to be released every year.

The brands are not the only ones out in the market. It just so happens that they released improved versions almost at the same time when most sales happen. The end of the year still brings a big percentage of a company’s sales. These models were just in time for Black Friday sales, and for Christmas as well. No doubt these would find their way to consumers as gifts. These would be very welcome gifts indeed.

A Mom’s iPhone Contract with Her Teenaged Son